While I dislike cold, I do love it when the San Gabriel's are covered in snow

Over on the other blog thingie where I've been writing about cheap gay flicks, I briefly talk about a movie that despite being utterly predictable is actually good.

Of six movies so far, this is the first that I'd recommend with no real reservations (vs the half hearted recommends or the outright "don't bother" I'd do for the others).

Standing in a restaurant kitchen talking with a friend and the sous chef. My friend was trying to goad me into saying something anti-animal cruelty about foi gras, mainly so that she could laugh at me.

I've been playing at writing about cheap gay flicks over at:

Not Reviews of not so Straight Flicks.

The first CD I ever bought was in a long box. I opened the wrong end.

Scene from a restaurant:

Dad(?) told girl they were going to do something exciting tomorrow and asked her to guess what it was.

She said excitedly: "Disneyland!" and started bouncing up and down in her seat.

He frowned because that was when he realized that anything he said would be a huge letdown.

"Vigil" with Olympia Dukakis at the Mark Taper. A dark comedy with a man holding vigil over an aunt who does not seem to be dying fast enough.

Amusing, mainly chuckles with one big laugh, it was fine for what it was, though I don't know anyone that i'd strongly recommend it to. 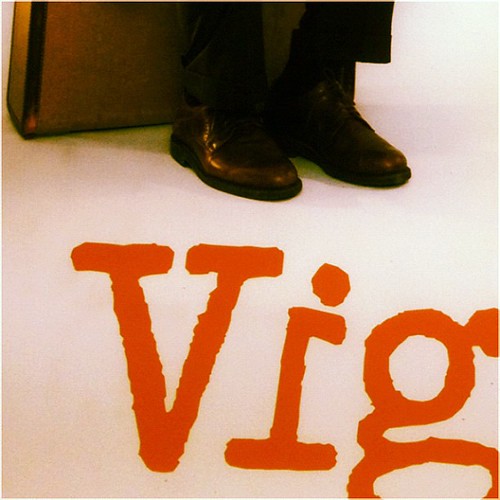 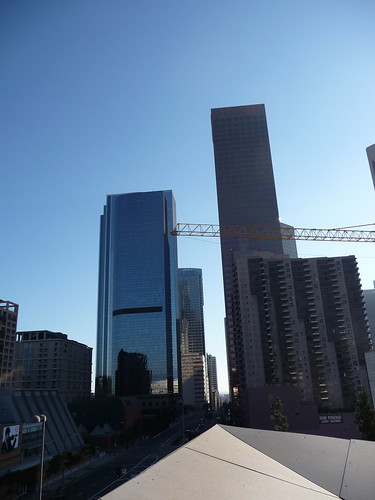 As we were sort of in the neighborhood last Sunday, John and I decided on a whim to stop at the Disney Concert Hall and take a few pictures. There were several groups there; tourists; a band using the building as backdrop; and more than a few photographers with straight couples, who from the the "romantic" poses they were positioned in, were presumably taking engagement pictures.

There were also several movie guys/lackeys positioned at key points along the building who explained how pictures of the street or the filming were NOT allowed. 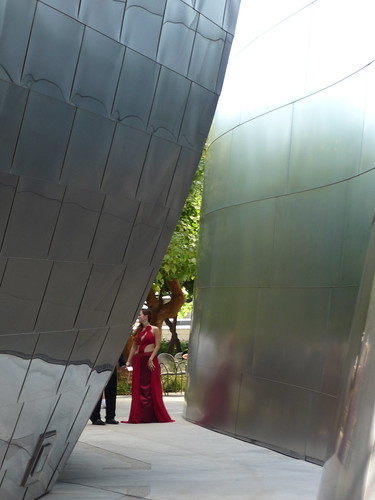 Referring to the fact that Grand Ave was closed off for filming. It was a big budget thing to close off a major street like that. All I could see was a tank looking thing off in the distance in the middle of the road I had no interest in taking fuzzy pictures of.

With each time I was told couldn't take pictures or that they would have to walk with us past views of the street below (to ensure no photos), I'd answer that I was only interested in the building and skyscraper shots. 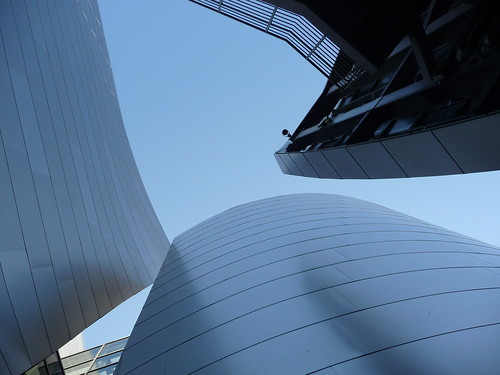 What I actually wanted to say was that I had utterly no interest in their movie beyond the negative impact the street closure and the lack of parking it had created for me.

Poking around online today, it seems that what I didn't take pics of was an action scene for the new Batman movie... Frankly I still don't care. 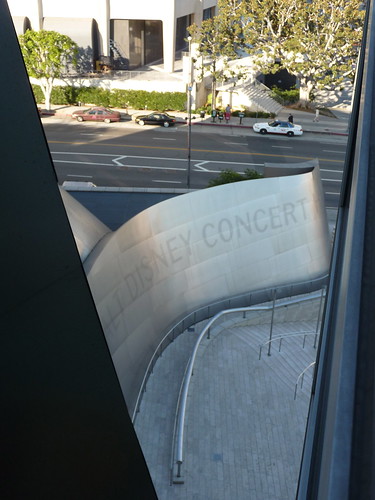